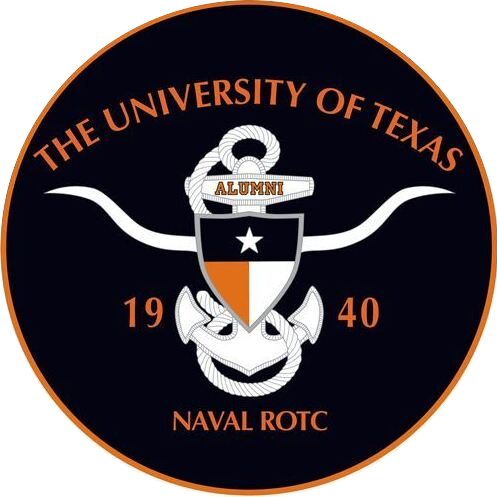 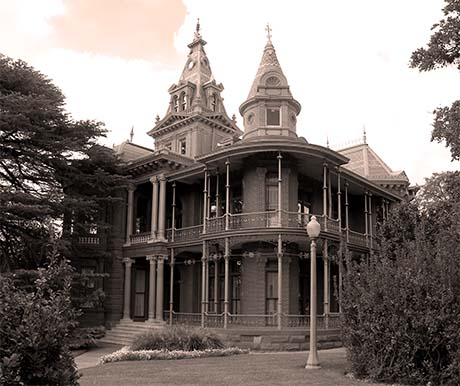 It took a combination of RADM Chester Nimitz's cajoling, Congressman Lyndon Johnson's pushing, Governor "Pappy" O'Daniel's packing the Board of Regents with his appointees, a law passed by the Texas Legislature, a presentation by the PNS at Tulane and the defeat of France by Adolf Hitler's Germany to persuade the liberal administration and faculty at UT to accept a Naval ROTC on campus. From John Boswell's book, Texas Fight, The History of Army ROTC at The University of Texas at Austin (2011)

For nearly two years the Naval ROTC program had its first home in a building that still stands on campus and it wasn't the Littlefield House. (Bill Barnhouse '44)

Corpus Christi Naval Air Station was built and opened just in time for summer training of the first midshipmen at UT in 1941. (Bill Barnhouse '44)

In 1942 Littlefield House became home to the NROTC program and to soothe the Navy's misgivings about UT not providing a new building some improvements were made: a 5" 38 gun mount was installed in the front yard and the attic space was turned into a firing range. (Bill Barnhouse '44)

From the summer of 1943 to the summer of 1944 Andrews Hall (a girl's dormitory) was "commandeered" by the Navy for the exclusive use of the Naval ROTC and the room and board were free! (Bill Barnhouse '44 and Howard Lowe '44)

There was a NROTC drill team five years before the Buccaneers got started and they only gave one performance. (Bill Barnhouse '44)

On February 28, 1944, because of the buildup to D-Day and the war in the Pacific, the Navy ordered the commissioning of all the Junior class and most of the Sophomores together with the Seniors for a commissioning class of roughly 100 men. It was held in Gregory Gym. Many men would return to UT after the war to complete their degrees. (Bruce Jamieson '45)

One ambitious young man arrived at UT as a V-12 sailor, transferred to NROTC, rose to be Battalion Commander, chose to take a commission when the Navy said everyone could just go home if they wanted to (post WWII downsizing), received one of the first regular commissions given to NROTC grads, and eventually retired as Rear Admiral! (RADM Kenneth G. Haynes USN (Ret) '47)

UT did not get its first Marine Officer Instructor (MOI) until after WWII in 1946 even though the unit had commissioned several Marine Corps officers during those 5 years. (1947 Cactus)

From 1940 to 1947 UT had only Naval ROTC and Texas A&M had only Army ROTC so every football game they played during those years was like another Army-Navy game. (Observation)

On November 19, 1969 our own Alan L. Bean '54 was the 4th man to step foot on the moon. This was Apollo 12 and Pete Conrad was his partner in the Lunar Module Intrepid, while Dick Gordon was orbiting above in the Command Module Yankee Clipper. (NASA)

On January 13, 2003 Gen Michael W. Hagee became the 33rd Commandant of the United States Marine Corps. He started at UT in 1964 with the Class of 1968 but finished his last three years as a midshipman at the Naval Academy in Annapolis MD. (Wikipedia)

On August 8, 2011 William H. "Bill" McRaven was promoted to Admiral. He is the first UT graduate from any of the commissioning programs under the administration of the Naval ROTC unit to reach 4-star rank. It only took 70 years for UT to get her first 4-star. (Wikipedia)

On January 5, 2015 William H. "Bill" McRaven, after having been unanimously selected by the UT Board of Regents, assumed the office of Chancellor of the University of Texas System. The UT System currently oversees 9 universities and 6 medical institutions. (Wikipedia)

© 2023 UT NROTC Alumni Foundation at The University of Texas, webmaster@utnrotcalum.org